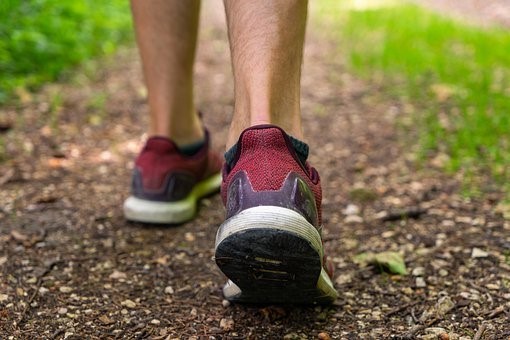 From casual strollers in the park to purposeful striders in the mall, armed with phones, watches, wearables or pedometers, walkers are everywhere, tracking their daily tallies to reach the magical 10,000 step mark. However, as recently reported in Nature, few are actually reaching it. The average number of steps achieved daily is approximately 5,000 worldwide and slightly lower in the U.S. at 4,800.

Do we all need to step up our efforts?

Or maybe we can all take a step back and consider how 10,000 steps a day became the holy grail of fitness walking – and why optimal outcomes may well be possible at lower numbers.

You may be surprised to learn that the number originated at the Tokyo Olympics in the 1960s with manpo-kei, Japanese pedometers, which were then marketed to the country’s walking enthusiasts. The term translates to ‘10,000 steps meter’ in English, and gradually became the accepted standard for optimal fitness in the U.S., adopted by the American Heart Association. Long-time proponent and walking behavior researcher at the University of Massachusetts, Catrine Tudor-Locke, PhD, posits that identifying a target number has helped enormously in spreading the word about the health benefits of walking.

Dr. Michael Roizen, chief wellness officer at the Cleveland Clinic in Ohio, was an early booster of the 10,000 step goal, saying: “That specific number of steps seems to help break down insulin resistance, an underlying cause of Type 2 diabetes. This amount of exercise takes the glucose from the blood where it is a hazard to the cells, so that it becomes less hazardous.”

Years of research has followed, building a solid case for the role of walking in lowering blood pressure, reducing risk of cardiovascular diseases and diabetes, improving cholesterol, enhancing mood and easing mental stress, but relaxing the 10,000-step threshold.  Some of the most noteworthy findings:

So is more better when it comes to stepping out? That depends on your health and wellness goals. Consider these options:

New to exercise or returning from injury

Start slowly to avoid burnout or further injury. Determine your baseline by measuring number of steps you take each day over the course of a week. The Mayo Clinic recommends adding 1000 daily steps each week.

While calorie reduction is the proven path to weight loss, completing 10,000 steps each day will burn additional calories, and is most effective at helping you stay at your desired weight.

Use the 10,000-step goal to achieve optimal fitness levels, and support wellness with benefits that include staving off middle-aged weight gain and preventing chronic disease.

Walk with purpose because cadence matters. A walking pace around 100 steps a minute, leaving you slightly out of breath, is recommended by experts. Not surprisingly, intensity counts too, so running will yield more calories burned in a shorter amount of time, as will walking up hills rather than on a flat surface.

There’s no age when walking is not essential, so whatever your goal, we urge you to get started. As ancient philosopher Lao Tzu wisely said: “The journey of a thousand miles begins with one step.”

Take it to the Next Level

Use the following to classify your baseline level and see the increased steps needed to achieve a healthier level of activity. According to walking researcher Dr. Catrine Tudor-Locke, the most dramatic improvement occurs from the first 3,000 to 4,000 steps between the sedentary baseline and 10,000 steps.

Got Milk? Or Calcium Supplements? Or Neither?

Got Milk? Or Calcium Supplements? Or Neither?

Start 2021 off Right by Sticking to your Winter Exercise Plan